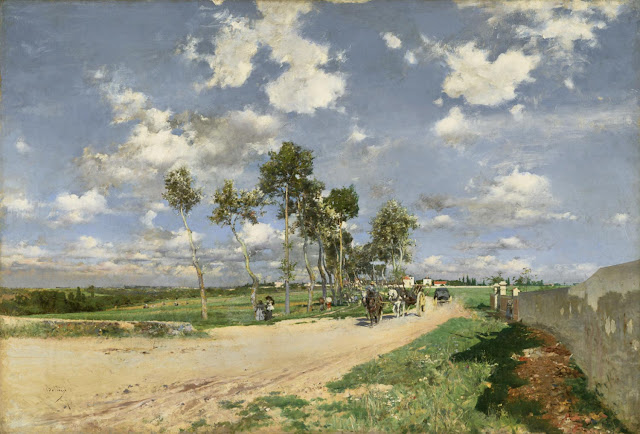 Posted by John Colgan-Davis at 3:17 PM No comments:

Spring Prep in Nature and in Life

An Arc of Promise: The Artwork of Jerry Pinkney

AN ARC OF PROMISE
“When you look at my art, you can see my attempt at fulfilling and instilling that promise of light over dark…Each piece of art that I complete strengthens my connection to black history…to see its shape and form in my imagination, to move forward towards a promise fulfilled.”    Jerry Pinkney
A few weeks ago I wrote about my volunteer work at the Kelly Public Elementary School in Philadelphia and how one of the joys of that has been discovering how many books there now are that feature people that look a lot like I look-books whose existence I could scarcely have imagined when I was an elementary school student. There are biographies, story books, slice of life books and more that feature and highlight peoples of color in all sorts of ways. Last weekend I was fortunate to see an amazing and powerful exhibit about someone at the forefront of this development, renowned illustrator and visual storyteller Jerry Pinkney. Born and raised in Germantown, Mr. Pinkney is one of the world’s most prolific and honored illustrators in the world whose work appears in dozens of books, magazines and even on the walls of several National Monuments. This exhibit is both a tribute to his outstanding work, and an explanation/demonstration of how he works. It is both fascinating and moving.
The exhibit is at Chestnut Hill’s Woodmere Art Museum, a museum dedicated to the history of art and artists in the Philadelphia region. When they do a special exhibition centered on one artist the museum always presents a deep and multi-faceted look at both the art and the artist. So in this wonderfully arranged presentation we get a full picture of Jerry Pinkney, seeing many of his most memorable illustrations and gaining insight into how he thinks about, researches and prepares for a given assignment. We get a sense of the ideas and inspiration behind an illustration and of the work that goes into it. We see just how and what makes Jerry Pinkney so much more than just an illustrator.
Jerry is, of course, a very talented illustrator. His brush strokes, use of color, sense of scale, and attention to detail make his work stand out and draw the viewer into each illustration. But there is much more than that to a Jerry Pinkney illustration. Some 100 examples of his work are in the exhibit, and for most of them he has notes explaining why he drew a certain thing a certain way. Why the 5 year old girl carrying a load of firewood in an illustration from the Museum of the African Burial Ground, for example, is as thin as she is and why she seems to be looking a little off to the side. Why in another illustration of a group of runaway slaves crossing a river, one person’s eyes are wide open and looking ahead even as most of the other escapees are looking back toward from where they have come. The facial and body expressions of people in his work convey and express great feeling; we come to look at the people in his work as real people with real lives, real feelings and real effects from what is described in the narrative of the particular book he is illustrating. The way he draws eyes, hands, and mouths, for example, say a lot about what is going on in the book and gives an insight into the characters. So, too, with the way he poses bodies and pays attention to backgrounds. A hawk, or a mountain or a cloud is not just “there in a Jerry Pinkney illustration; they say and represent important things about the narrative. For these reasons I think of Jerry Pinkney not just as an extremely talented illustrator, but as a visual storyteller as well.
Myth and fable are important parts of Jerry’s interest, so the exhibit features drawings he did for books about the Biblical prophet, Elijah, Lakota Native American tales about the eagle, and Black folk hero John Henry. In these books there is a sense of magic to the illustrations; scenes seem to shimmer and the brightness or darkness in each illustration seems almost like special effects in a film. His use of light and shadow is amplified in these books, almost as if the books are taking place both in this world and another world simultaneously. And his subtle attention to background make each illustration feel complete and part of a much larger reality.
I urge you all to make it to the Woodmere and experience the beauty and power of Jerry Pinkney’s art. Note also that there are a number of special events connected this special exhibition that are taking place at the museum as well.
Here are links to all that is happening.
https://woodmereartmuseum.org/experience/exhibitions/freedoms-journal_4756
https://vindevie.me/2019/02/20/jerry-pinkney-a-promise-fulfilled/
Woodmere Museum
9201 Germantown Ave
Philadelphia, PA19118
215-2470476
For me this exhibit was remarkable. I will attend it again as well as get to some of the special events connected to this exhibit. It is a great tribute to an amazing artist, and it is a clear example of the power of art to move, to teach and to inspire.
*************************************************************
Posted by John Colgan-Davis at 7:22 AM No comments: